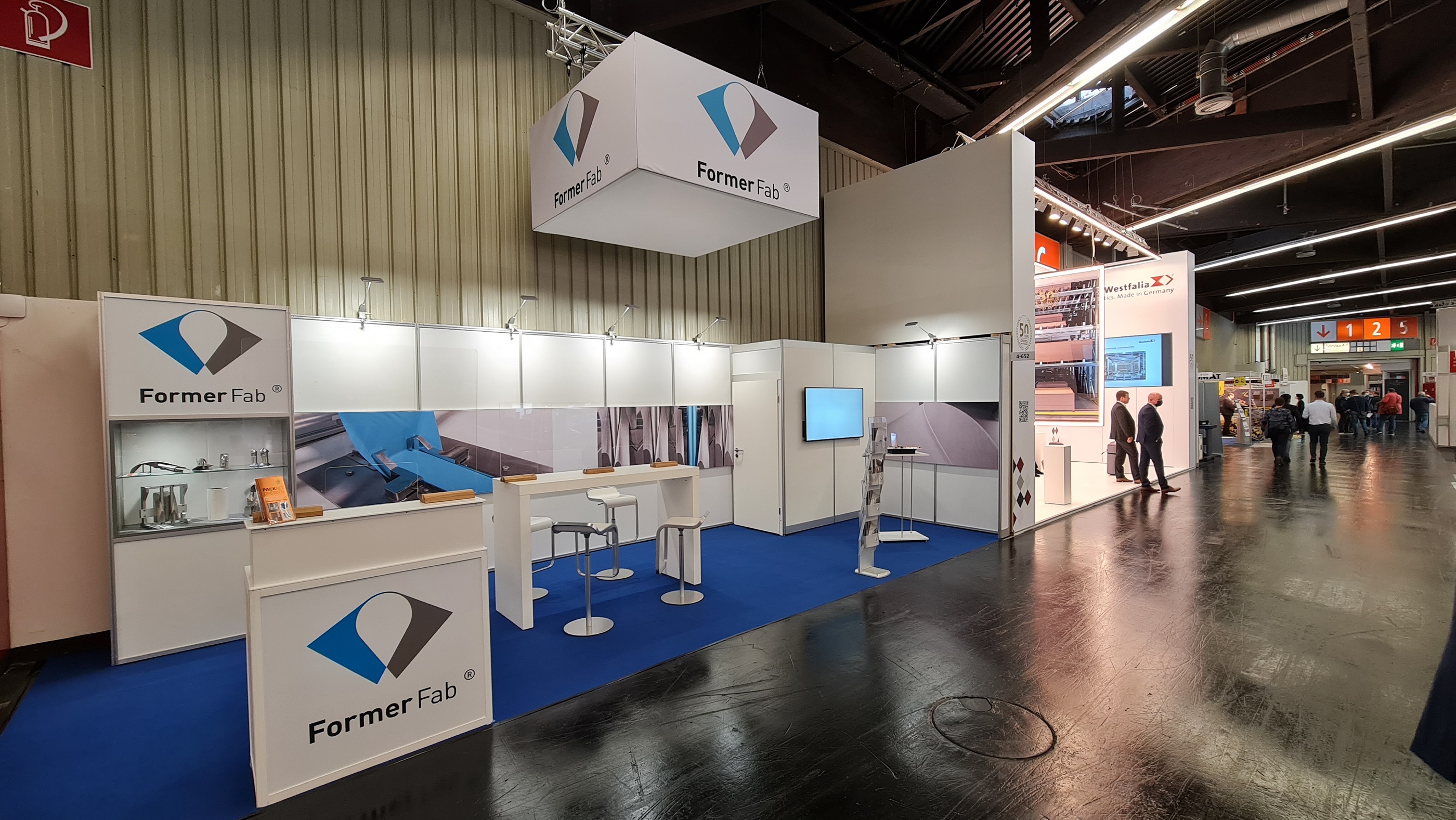 24,000 trade visitors in 3 days: Fachpack in Nuremberg at the end of September was literally a wakening kiss for the entire industry. Before the trade fair began, nobody knew how Fachpack would be received and whether it would be more of a digital or physical event at the Nuremberg trade fair grounds. Ultimately, Fachpack 2021 turned out to be very worthwhile for FormerFab, as well as for many of the other 788 exhibitors.

Even on the first day of the event, before the gates were opened to visitors, their excitement was palpable and there was a buzz in the air. What happened then over the 3 days of the fair exceeded all expectations.

Says Managing Director Dr Henry Drut: “Paper is being used in more and more primary packaging, presenting the machines and therefore us as the forming shoulder experts with tremendous challenges. At FormerFab, we have sufficient experience to achieve the highest precision in development and production to ultimately create the paper barriers with our forming shoulders.”

Destroyed grease barriers, such as those found on paper chocolate wrappers, would be immediately visible on the supermarket shelf. Outstanding expertise and numerous new developments, for all of which patents exist or are pending, prevent this barrier destruction.

“We have been working with some of the most well-known paper manufacturers in flexible packaging for some time now, and we work together to tackle the problems that users are experiencing”, adds Sales Director Roy Holfert.

As a result, FormerFab was more in demand at Fachpack than ever when it came to this special category of paper: around 90% of the enquiries and conversations in Nuremberg centred around forming shoulders for paper packaging.

Forming shoulders and forming sets from FormerFab were shown live in action on numerous packaging machines in Nuremberg, reflecting the company’s leading position in the industry and highlighting the success of the trade fair alongside the many in-person conversations held at the stand.